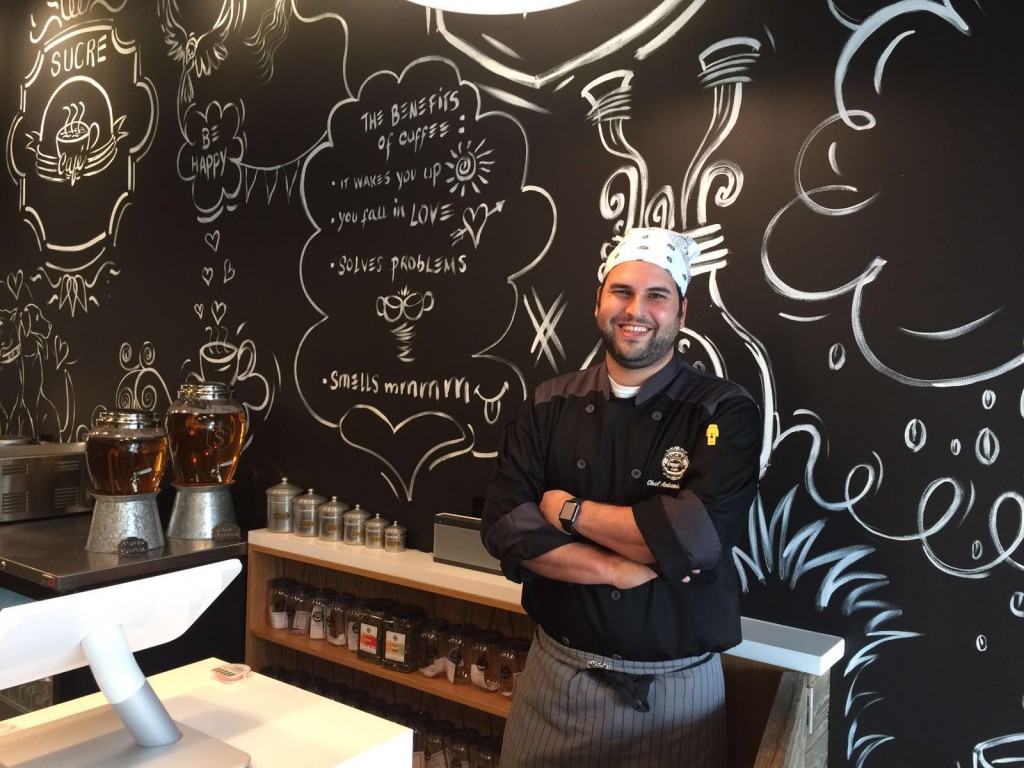 Born in Caracas, Venezuela. Raised in Puerto Rico and Miami. Surrounded by Spanish cuisine at home where his grandparents cooked traditional homemade dishes daily.  Discovered his passion for food and cooking at age 6. A young Sucre at age 11 determined to become a Chef, would cook meals from scratch every afternoon after school, to share with his sister.

Very early in his career, while still expanding his culinary knowledge Chef Sucre worked at Cacao Restaurant in Miami, under Chef Edgar Leal. Learning, while perfecting his professional technique surrounded by a Latin Infused Cuisine like no other, experience which opened a broad road of opportunities and visions for Sucre.

Owner of The Chef’s Hat Catering in Miami, performed in various private events locally, and overseas.

Joined the growing and locally known Passion Restaurant Group team (2012) working for two of the Corporate locations in Miami as an Executive Chef, Crazy About You and Love Is Blind.

His cuisine is influenced strongly by his Latin birth heritage, with a clean technique and inclination towards Italian and French Cuisine, Chef Sucre gives to his cooking a modern touch while infusing it with all his Latin flavors.

Chef Sucre’s many accomplishments and hard work have shaped who is as a professional and as a result who he has become today.